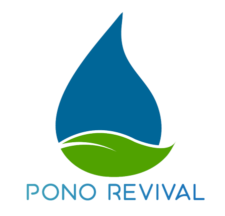 What Is Hydrogen Rich Water?

Hydrogen Rich water Benefits is regular water (H₂O) that has been infused with hydrogen particles. This particle raises the concentration levels of molecular hydrogen in water for easy digestibility and immediate penetration in cells, which encourages overall health benefits.

Many natural springs, now shut down, contained a higher concentration of hydrogen and were used for centuries to help heal certain illnesses. This healing ability is what may have prompted finding ways to infuse water with molecular hydrogen. Because a hydrogen atom is so small, it can penetrate cells and deploy all of its benefits on a cellular level

What Are the Health Benefits of Hydrogen Rich Water?

Drinking hydrogen rich water is shown to alleviate symptoms associated with many different illnesses and restore certain aspects of a person’s health. According to a research published on NIH regarding patients treated with radiotherapy for liver tumors, “The consumption of hydrogen-rich water for 6 weeks reduced reactive oxygen metabolites in the blood and maintained blood oxidation potential.

QOL (quality of life) scores during radiotherapy were significantly improved in patients treated with hydrogen-rich water compared to patients receiving placebo water.”  Over 700 other studies have been conducted regarding molecular hydrogen and its therapeutic effects on health issues – including 170 studies done on humans with various illnesses.

Studies have found that hydrogen rich water can enter cellular membranes and function as an antioxidant in your cell’s mitochondria – the cell organelles that generate most of the chemical energy to power cell’s biochemical reactions. This means that hydrogen rich water interacts with your body on a molecular level, bypassing the digestive process entirely.

Age is just a number, they say. Your true age is determined by your cells’ accumulation of cell damage often derived from oxidative stress. Hydrogen rich water has been proven to slow down cell wear and tear caused by oxidation. Research has also shown that it inhibits inflammatory reactions.

According to Hydrogen medicine and anti-aging expert Dr. Shigeo Ohta’s research, “hydrogen can be used as an effective antioxidant therapy; owing to its ability to rapidly diffuse across membranes, it can reach and react with cytotoxic reactive oxygen species (ROS) and thus protect against oxidative damage.”

Molecular hydrogen’s natural antioxidant and anti-inflammatory have properties that help to remove free radicals from your body. According to Dr. Ohta, hydrogen acts as a therapeutic antioxidant by selectively reducing cytotoxic oxygen (oxygen that’s toxic to living cells).

There are currently more than 300 research papers on the application of hydrogen gas for clinical applications and its healing effects are published in various journals and can be found in medical websites like www.pubmed.gov.

Your body makes hydrogen gas in the gut during the digestion process. The typical Western diet, however, lacks the water-soluble fiber needed to break certain foods down to make hydrogen gas. Introducing this much-needed element through hydrogen-enriched water, along with a good probiotic, into your diet can help restore a healthy balance of gut bacteria and encourage or enhance healthy digestion in your gut.

Sixty percent of your immune system is tied to gut health. Damage in the gastrointestinal tract can cause a number of health issues that can, in turn, affect other organs in your body. Hydrogen’s ability to help counteract toxins in the gut and increase the secretions of healthy hormones directly affects the body’s ability to fight off illness and infection.

Hydrogen can give you energy in several ways because it can so quickly enter your cells and release its many benefits. Adenosine triphosphate, or ATP, is known as the energy currency of the cell. Once ATP is broken down to adenosine diphosphate (ADP), energy is released. This energy promotes all cellular activities.

Group, Edward. (2018, May 31). Hydrogen Water: Why Should Drink It. https://globalhealing.com/natural-health/hydrogen-water/